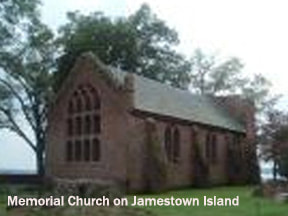 William Hatcher was born in England 14 Jan 1614 and died in Henrico County, VA.   His will was recorded on 1 Apr 1680 in the Colonial Wills of Henrico County 1677-1737 and establishes the year he died.  Although his will does not list his sons, it names Burton and Elam men who marry into his family.  Because William’s sons—Edward, William, Henry, and Benjamin—are not named in their father’s will, the implication is that what was recorded as his will is a codicil. The identity of his sons is established in deeds wherein the sons identify their father as William Hatcher. William Hatcher outlived his sons William and Henry; and sons Edward and Benjamin equally divided the land their father owned after his death, land called Varina, Pigg in the Bole, Turkey Island Point, and Neck of Land.

Hatcher prospered in Virginia and was respected by his neighbors, who elected him to represent them in the VA House of Burgesses during most of the sessions between 1644 and 1652.  He was known to speak his mind, and in 1654 he called the speaker of the House of Burgesses a “Devil.”  For that offense, he had to apologize on his knees and pay a fine. During Bacon’s rebellion in 1677, a jury found Hatcher guilty of “uttering divers mutinous words . . . and divers oaths” and fined him 10,000 pounds of tobacco.  After considering Hatcher’s age—he was in his 60’s—the court reduced the penalty to 8,000 pounds of dressed pork to supply His Majesty’s soldiers.
The identity of William Hatcher’s parents in England is unknown.  The name “Hatcher” was derived from the Norman-French word hache, a light battle-ax. After the Norman invasion, hache was anglicized to the name Hatcher.
Hatcher lived up to his bellicose name, not only in the House of Burgesses and during Bacon’s Rebellion, but also in dealing with his neighbors.  He did not like for his neighbors to poach fish from his pond; and he ordered John Lantroope and his other servants to split all the canoes they could find in the swamp, including orders to strike a piece out of the head of Mr. Robert Woodson’s canoe with an ax as well.
Descendants of William Hatcher who belong to the First Mississippi Company: John Wycoff Godsey, Ellen Lane McAllister, Constance Ellen Godsey, Dylan Bishop, Dean Bishop.