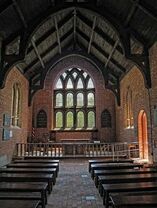 Captain John Pinkard, Mariner and Merchant, was born about 1630 in Northamptonshire, England and was the first member of his family to come to the colonies.  Northumberland County, Virginia records verify that Captain Pinkard lived in that county with his first wife and daughter Rebecca, who was born in Virginia.  Proof of the father-daughter relationship between Captain John Pinkard and Rebecca, wife of Charles Sallard, is found in the Lancashire County, Virginia Court Order Book 3, 1691-1695, p. 182, where this statement appears: “Upon the petition of Charles Sallarad as marrieing Rebecca Pinckard, one of the daughters of Captain John Pinckard, (dec’d).”

The name of the first wife of Captain John Pinkard and Rebecca’s mother is unknown. Other children from this marriage were named in Captain John Pinkard’s will, dated 12 Mar 1689, including three sons:  John, Thomas, and James.  This will also mentions, without naming them, other sons and daughters.  Pinkard’s will demonstrates his fairness in the distribution of his property among his children: “They shall share and share alike.”

Captain John Pinkard was in Northumberland when he purchased 500 acres in Wicco Parish, recorded 3 Jul 1677.  In 1680, he sold that land and moved into Lancaster County.  He was well respected by his neighbors as he was elected to serve as a member of the House of Burgesses from Lancaster County in 1688.

Before moving to Lancaster County, John Pinkard’s first wife died; he married a second time in Northumberland County. According to Adventures of Purse and Persons Pinkard’s second wife was Sarah, the widow of Thomas Gaskins II, who died in 1675/76.  Sarah died within four years of her marriage to John Pinkard.  “On 21 Jan 1679/80 John Taylor, Henry Mayse, Josias Gascoyne [Gaskins] and Henry Gascoyne, in behalf of the orphans of Thomas Gascoyne [Gaskins] dec’d. in a suit against John Pinkard, who had married the widow of Thomas Gascoyne, for custody of the five children of Thomas Gascoyne, were successful and the court order the children to be delivered to them,” (Vol. II, 4th edition, p. 55).
John Pinkard was a good steward of his property and assets.  At his death in 1690, an extensive estate inventory included silver, silver plate, lace, furniture, and many other valuables uncommon in the colony at that time.